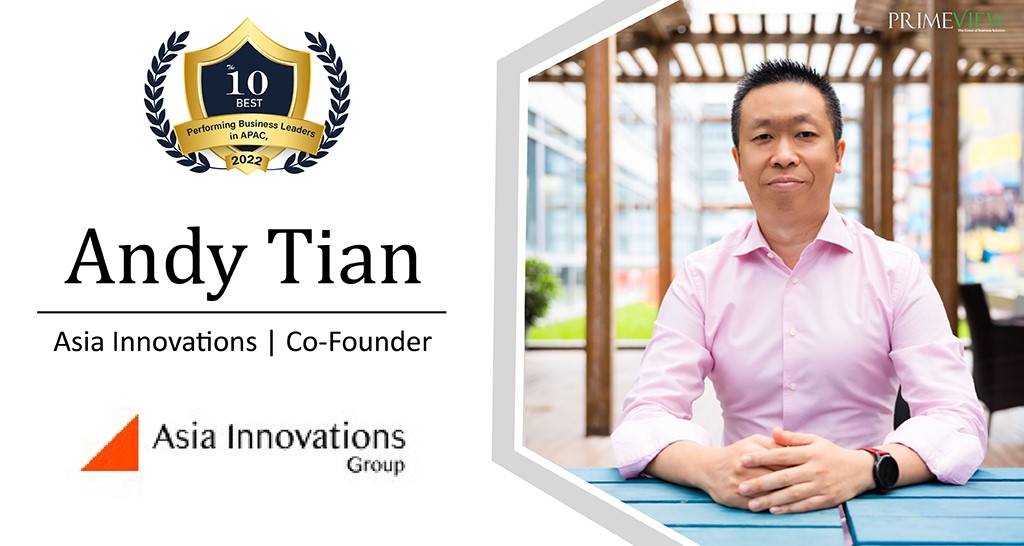 A successful serial entrepreneur, Andy Tian started his career in Silicon Valley, where he co-founded one of the world’s earliest social app companies in 2008. In 2010, Andy and his team sold the company to Zynga, where it became Zynga China. Then he followed the company and served as General Manager of Zynga China, where he grew the Office Into The largest International Game Studio Outside San Francisco Headquarters.

Before founding Zynga, Andy was an early member of Google in Greater China. During his time at Google, Andy oversaw the establishment of Google’s mobile business and introduced the Android operating system in 2014. Before Google, he worked for BCG, specializing in strategy consulting for Chinese mobile carriers and banks.

Asia has been the unsung leader in the arena of innovative social technology over the past two decades. Andy’s vision is to make Asia’s best social innovations available to the global market. As the co-founder of AIG, his focus has been on major emerging markets, which are also the fastest growing markets in the world.

AIG makes social products that offer authentic and meaningful opportunities for connection. In order to bring that much-needed authenticity to the social sphere, AIG focuses entirely on live social products, which help people communicate and connect in real time. The organization offers a full suite of social products and services to meet various market needs.

AIG’s flagship live video social app, Uplive, is a leading independent live video app globally. It helps creators showcase their talents to the world. The firm also has a suite of dating apps, including Lamour and CuteU, which serve the needs of different sets of users.

AIG’s portfolio also includes CCNet, a leading payment aggregation service for Southeast Asia and Taiwan, and Haya, which is a voice-centric live social app geared toward users who prefer to socialize via voice rather than video.

Andy says, “We face many different types of challenges as a company. Because we are a multi-regional company that operates at a large scale (over 500 million users), we are constantly striving to ensure we are meeting the unique needs of all of our users.”

As an industry leader, AIG is competing against both established players and up-and-coming start-ups, so it needs to stay agile and innovative. Andy feels growth and hiring the best talent in a fiercely competitive market are never-ending challenges. He explains, “In the face of these challenges, what motivates me is simple: we’re building something new, and we’ve already impacted the lives of millions of users.”

The world is your oyster, but you must work hard for a
long time to become the pearl.

Andy and his team at AIG are constantly working to improve their product portfolio.

At the moment, the firm is thinking about on-ramps to the metaverse: how users can access that virtual, immersive, connected world. Armed with its core principle of making social media accessible, AIG is working on innovations that will make the metaverse more accessible for all.

Andy is also passionate about making social media a place that can benefit users by bringing value to their lives. The pandemic has shown us the need for social media in our personal lives. Andy believes that live interactions bring more benefits to users, which traditional social media can’t match. So, the entire team of AIG is always working on delivering a more seamless, live, and authentic experience for all users.

Andy says, “We have a unique company culture that empowers every team member to be innovative and productive.” Firstly, AIG wants its employees to be proud of their work and the impact they have achieved. One core way AIG does this is through its ESG initiatives, driven by the firm’s local offices and entirely focused on the needs of the communities where AIG operates. The firm also empowers its employees to make key decisions and bring their ideas to the table. Andy explains, “One of our values is “be CEO,” by which we mean every person in our company needs to take ownership of our success and make impactful decisions to move us forward.” He also adds, “Alongside this, we provide our team with active feedback. By emphasizing building company culture and team training, we build our team into a cohesive unit. Our robust quarterly performance reviews are also a source of feedback and an opportunity for employees to set goals for their performance moving forward.”

Andy’s vision is to create a global company that empowers underprivileged users from emerging markets and connects different parts of the world while respecting and celebrating diversity. He wants to provide users with the tools needed to connect with others, earn their livelihood, and pursue their dreams. Andy also wants to create a space where culture and tradition are celebrated, irrespective of the traditional boundaries of language and geography, to form authentic global communities.

Matrix Applications: Collaborating with Clients on Technology and Operational Solutions

How Sidharth Jain built a successful IT company GraffersID that is serving global market leaders?