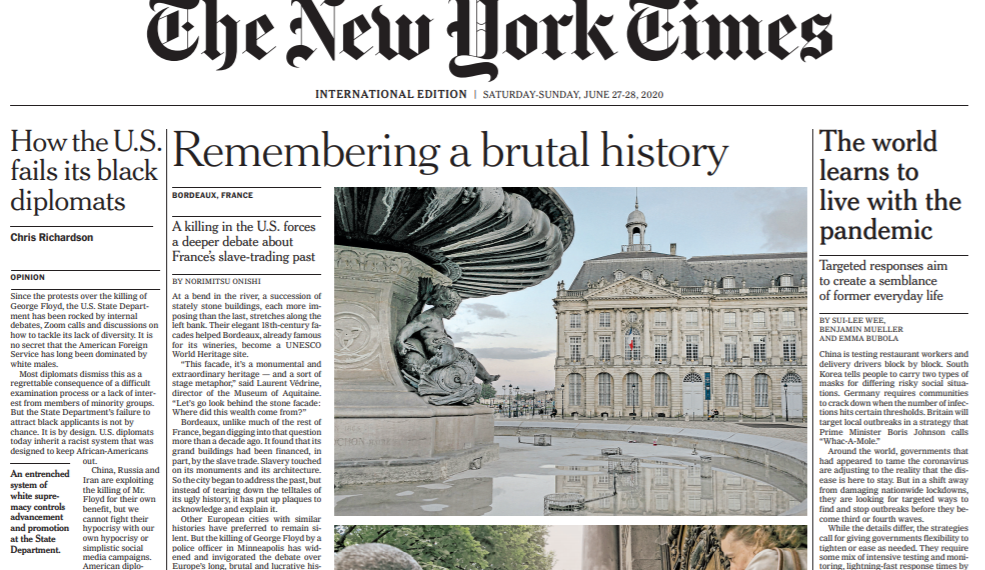 The New York Times, morning daily newspaper published in New York City, long the newspaper of record in the United States and one of the world’s great newspapers. Its strength is in its editorial excellence; it has never been the largest newspaper in terms of circulation.

The Times was established in 1851 as a penny paper that would avoid sensationalism and report the news in a restrained and objective fashion. It enjoyed early success as its editors set a pattern for the future by appealing to a cultured, intellectual readership instead of a mass audience. But its high moral tone was no asset in the heated competition of other papers for readers in New York City. Despite price increases, the Times was losing $1,000 a week when Adolph Simon Ochs bought it in 1896.

Ochs built the Times into an internationally respected daily. Aided by an editor he hired away from the New York Sun, Carr Van Anda, Ochs placed greater stress than ever on full reporting of the news of the day, maintained and emphasized existing good coverage of international news, eliminated fiction from the paper, added a Sunday magazine section, and reduced the paper’s newsstand price back to a penny. The paper’s imaginative and risky exploitation of all available resources to report every aspect of the sinking of the Titanic in April 1912 greatly enhanced its prestige. In its coverage of two world wars the Times continued to enhance its reputation for excellence in world news.

In 1971 the Times became the centre of controversy when it published a series of reports based on the “Pentagon Papers,” a secret government study of U.S. involvement in the Vietnam War that had been covertly given to the Times by government officials. The U.S. Supreme Court found that the publication was protected by the freedom-of-the-press clause in the First Amendment of the U.S. Constitution. The publication of the “Pentagon Papers” brought the Times a Pulitzer Prize in 1972, and by the early 21st century the paper had won more than 120 Pulitzers (including citations), considerably more than any other news organization. Later in the 1970s the paper, under Adolph Ochs’s grandson, Arthur Ochs Sulzberger, introduced sweeping changes in the organization of the newspaper and its staff and brought out a national edition transmitted by satellite to regional printing plants.

The Times continued to utilize technology to expand its circulation, launching an online edition in 1995 and employing colour photography in its print edition in 1997. The publication introduced a subscription service called TimesSelect in 2005 and charged subscribers for access to portions of its online edition, but the program was discontinued two years later, and all news, editorial columns, and much of its archival content was opened to the public. In 2006 the Times launched an electronic version, the Times Reader, which allowed subscribers to download the current print edition. The following year the publication relocated to the newly constructed New York Times Building in Manhattan. Soon thereafter it began- like many industry publications-to struggle to redefine its role in the face of free Internet content. In 2011 the Times instituted a subscription plan for its digital edition that limited free access to content.