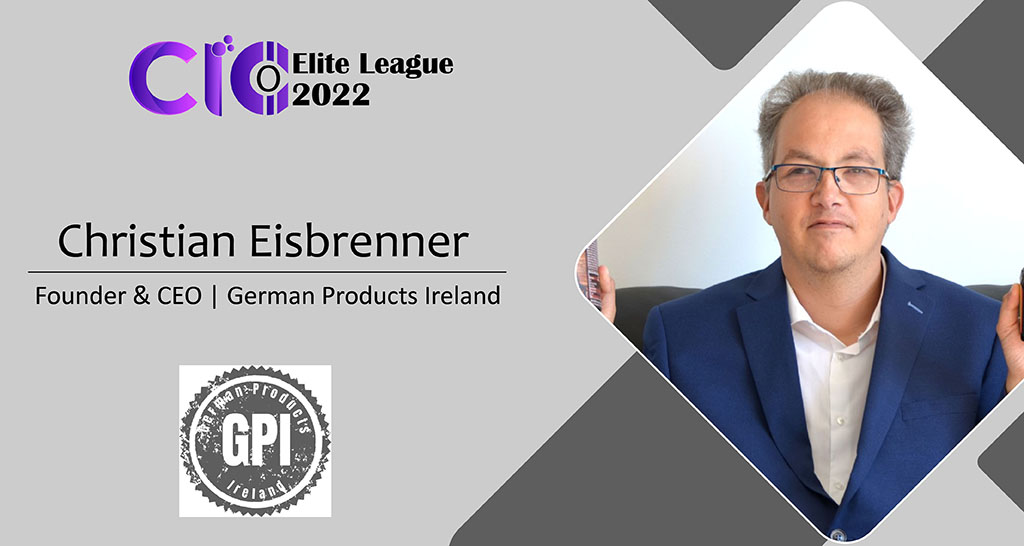 Christian Eisbrenner: Bringing Your German Favorites All Year Round!

Living in a different country often makes people miss home food. As a German living in the Republic of Ireland, Christian Eisbrenner was no different; he always missed German cuisine. Many in the area also missed German food. However, none ever took the challenge of bringing it into the country. So, Christians started to seriously consider the idea of bringing German cuisine to the Republic of Ireland. Since 2018, the idea has grown into a plan, and the plan has evolved into action. He conducted the first test run in autumn/winter 2020, and the response was amazing. However, at that point, traveling was banned due to the pandemic, and Christian successfully supplied many people with their desired German products. Eventually, in 2021 German Products, Ireland Ltd. was established to provide fellow Germans in the Republic of Ireland with German food.

After being diagnosed with Asperger’s syndrome in 2016, Christian wanted to change horizons and work in a more autism-friendly environment by shifting away from a customer service agent position and doing something else which is much more rewarding. Being a food lover living in Ireland, he always missed his favorite German food. Eventually, when he got the idea to open a German online food store, he did not study anything; his only knowledge was from working at a major E-commerce platform.

“Little did I know what I got myself into. I am constantly learning even now that the store runs over 18 months, and things are slowly but steadily moving in a direction where I want to have it. In order to learn more about management, I am thinking of doing a course in UCD in order to get more experience in this field.“- stated Christian.

Once founded in 2021, GPI quickly shifted its focus to delivering B2B foods and raw materials if needed. As Germany produces everything, Christian and his team could get everything at a very high quality and in a very short period. GPI has recently started its UK store to serve UK businesses that require raw materials from the EU.

As an organization, GPI has no competitors as it is the only one selling German food in the Republic and Northern Ireland. For the UK, there is a competitor, but it is way more pricey than GPI in terms of pricing and shipping.

When Employee WellBeing is a Priority

Being on the autistic spectrum, Christian feels personal well-being is paramount and always his first priority. In order to give their best every day, employees need to feel well physically and psychologically. He loves Richard Branson’s employee-first approach. If they are well treated and well taken care of, employees will work better and give their best every time.

Christian says, “I learn and grow literally every day. Being thrown in the cold water since March 2021, I am continuously learning every day. Leading was never something I did in my life, so I learned some lessons the hard way, nearly losing good people from the company.”

As the organization’s founder and CEO, Christian wants to make GPI the world’s number one German food supplier. At first, he is looking to have the Irish and UK market up and running and then decide accordingly. Christian states, “We already have very high visitor volumes from the US, where we are very closely looking into. Or maybe we expand to other countries in Europe. Why not be a cultural representative for Germany in the world? Everyone thinks German food is heavy and unhealthy, but this is not necessarily the case.“

Oliver Rolfe: Helping Clients throughout their Hiring and Strategic Needs