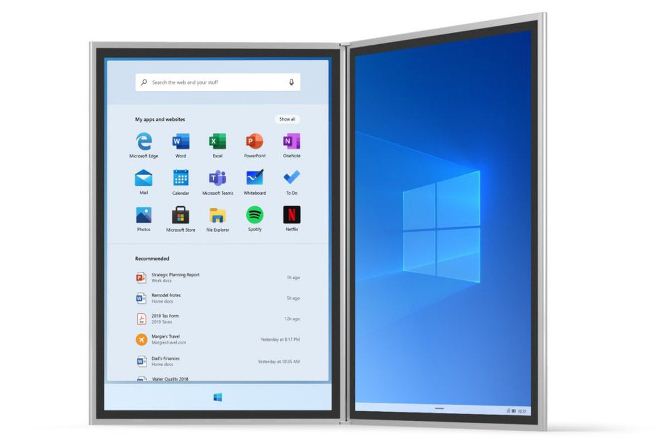 WHAT IS WINDOWS 10X, AND HOW IS IT UNIQUE?

The new edition of Windows 10, Windows 10X has been launched; it is designed for dual-screen devices like Microsoft’s upcoming Surface Neo but is more than that. It is a new Windows operating system that will likely come to all devices one day.

Microsoft wants to give developers a head start on optimizing applications before devices launch later this year, so this basic emulator brings an early look at Windows 10X before it is finalized.

When you see you find Windows 10X feels like a slightly more modern version of Windows 10 that has been cleaned up for future devices. One of the biggest noticeable changes is the new Windows 10X Start menu. In the latest version, it does not include the animated Live Tiles found on Windows 10, Windows 8, and Windows Phone, and is now involved in a more simplified look.

As per the company reviews, Windows 10X is the best of Windows 10 built to enable unique experiences on multi-posture dual-screen PCs.

With a dual-screen PC and Windows, 10X people can easily do things on-the-go faster than ever. You can take notes on one screen while reviewing the full project proposal on the other while in transit; just sit at a table to write a perfect email on a hardware keyboard while waiting for launch, and then watch a video, browse the web or you can read a book as you get back to your life.

People do not need to learn anything to use Windows 10X. Easy navigation and functionality will make you feel familiar. But Windows 10 X has some advancements in the core technology of Windows that optimize it for flexible postures and more mobile use. The brand focuses on delivering battery life that could drive two screens. It brings a good operating system that can be able to manage the battery effect of a huge catalogue of Windows apps, whether they were written in the last month or five years ago.

Windows 10X also has a dark mode that we have also included screenshots of at the end of the gallery. One thing to remember that the present build of Windows 10 X is pre-release software, and as such, is not the complete representation of the final products.

Windows 10X will be available on dual-screen and foldable devices starting in the fall of 2020, in time for the holiday season. These will involve Microsoft Surface as well as devices from several Windows ecosystem partners incorporating Lenovo, Dell, HP, and ASUS. The first wave of devices will vary in size, spaces, and design powered by Intel.

Windows 10X is a complete rebuild for the Windows user experience with new sounds, animation and more to boot.

That’s all for now. If you wish to try out the Windows 10 X emulator, check the Microsoft Developer Documentation website to get started.

Read about:- SONY VISION S: AN UNEXPECTED INNOVATION IN AUTOMOBILE BY SONY