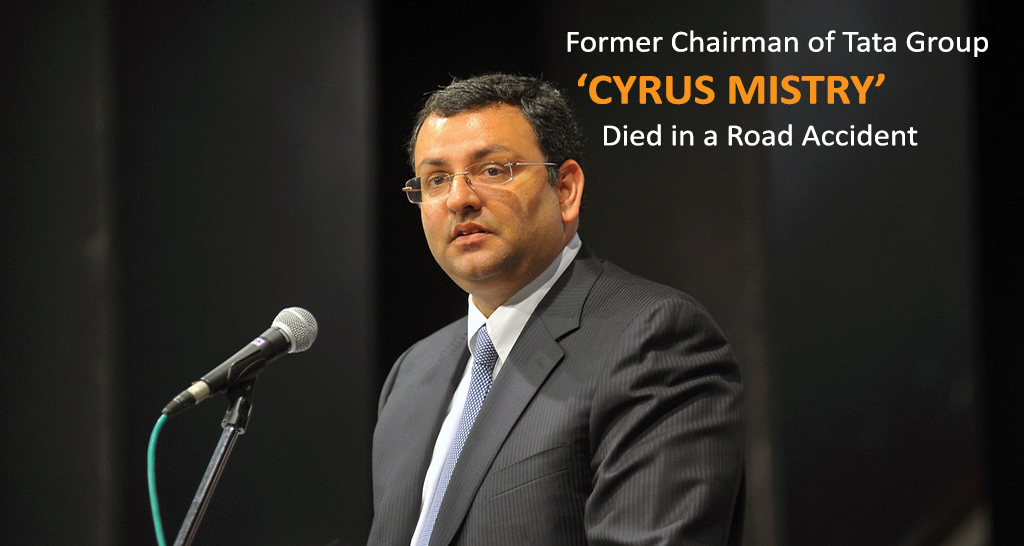 The Indian Born and Irish industrialist Cyrus Mistry passed away at 54 while traveling from Ahmedabad to Mumbai by car. It was reported that the accident took place on a bridge over the Surya River. Police said besides Mistri, three other passengers were inside the fateful Mercedes car- renowned gynecologist Dr. Anahita Pandole, her husband Darius Pandole and his brother Jehangir Pandole. Dr. Pandole is believed to have been behind the wheel. Sadly, Jehangir Pandole also died in the accident, while Dr. Pandole and Darius are undergoing treatment at a hospital in Vapi.  The road accident occurred in the afternoon around 3.30 pm due to the high speed of the vehicle. After losing control of the car Dr Pandole crashed on a road divider killing former Tata Son’s Chairman Cyrus Mistry.

To know in detail how the former chairman of Tata group Cyrus Mistry died in a road accident.

Mistry was one of the famous names from the Construction Business world. He joined the Tata group in 2006 after his father retired from the company. Before working in Tata groups, he served as the director of Shapoorji Pallonji Group, one of his family businesses, in 1991. He is only first non-Indian and second not to bear Tata as a surname as a chairman of Tata groups. He was chairman of Tata groups from 2012 to 2016.

Cyrus was the son of one of the wealthiest man in India, better known as Pallonji Mistry. Cyrus Mistry had great educational background; he completed his degree in civil engineering and master’s in management in London. He managed most of the construction-related works in Tata groups. But in October 2016, due to inevitable disagreements with a company, he was removed from his role of chairman of Tata groups. P.M. Modi, Union Ministers Piyush Goyal, Nirmala Sitharaman, Nitin Gadkari and several industry leaders including Gautam Adani, and Anand Mahindra expressed shock at the death of Cyrus Mistry.