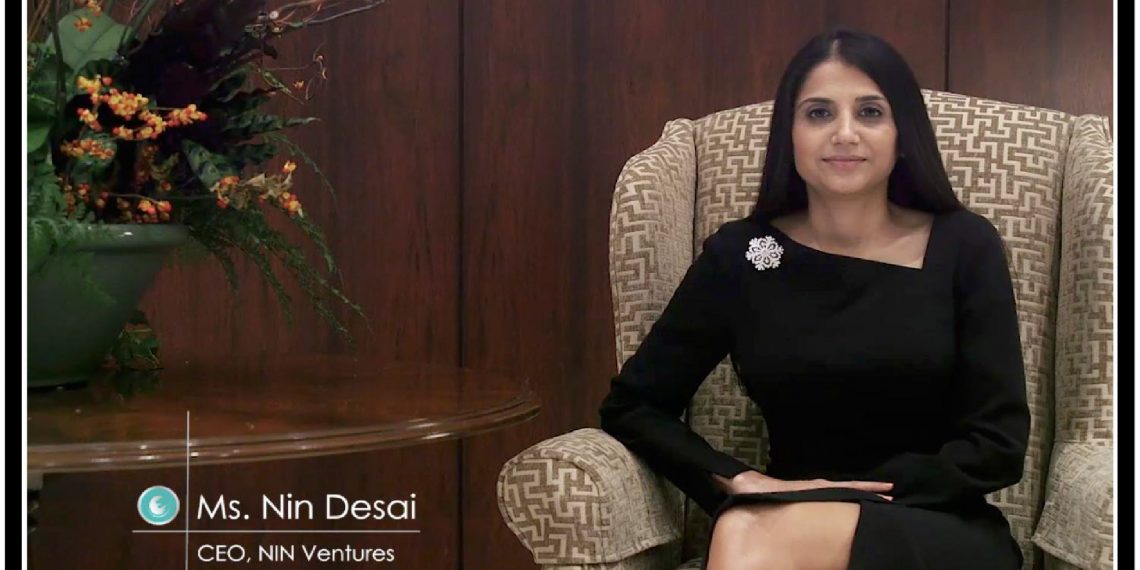 Investment in the U.S. financial services industry offers significant advantage for financial firms. In 2015, at least 130 of Fortune’s Global 500 companies have chosen to locate their headquarters in the United States to take advantage of its creative, competitive, and comprehensive financial services sector. The industry offers the greatest array of financial instruments and products to allow consumer to manage risk, create wealth, and meet financial needs. The five major subsectors in this industry are: banking, asset management, insurance, venture capital, and private equity.

Banking: As of the end of 2016, the U.S. banking system had $16.8 trillion in assets. It supports the world’s largest economy with the greatest diversity in banking institutions and concentration of private credit. In 2016, its net income was up 5.0% to $169.3 billion.

Insurance: In 2015, the insurance industry’s net premiums totaled approximately $1.2 trillion. According to NAIC data, premiums recorded by life and health insurers accounted for 45%, and premiums by property and casualty insurers accounted for 55%. Additionally, about one-third of all reinsurance sold worldwide is bought by U.S. firms. International insurance companies are actively seeking business partnerships and collaborations with U.S. insurance companies.

Venture Capital: The venture capital industry was created in the United States and our venture capital ecosystem continues to support many of our most innovative companies. In 2016, 253 venture capital funds raised $41.6 billion, a ten-year high, to deploy into promising startups. Venture Capital backed companies employ 38% of the U.S. workforce within public U.S. companies and account for 82% of private sector research and development since 1979. Annually, VC backed companies have historically generated revenue equal to 21% of U.S. GDP. (Source: Stanford University and NVCA)

Over the years technology has changed the Financial Services industry and now FinTech has transformed into digital banks and banking software, payments and remittances, robo advisors and personal finance, block chain and digital currencies, and personal finance both business and consumer. While the total size of the US Fintech market is difficult to reconcile, it is likely between 0.5% and 1.5% of total financial services revenue as reported by the US Census.

The 2008 Financial Meltdown led to a liquidity crises for entrepreneurs, companies, LPs, & VCs. Fewer IPOs in the market means no exits for VCs, no returns for LPs, and as a result venture funds were on a decline. No new funds means less startup funding, low employment, and slow economic growth. Thus on April 5, 2012, The Jumpstart Our Business Startups Act (JOBS Act) was introduced, which enables crowdfunding for all Americans.

Crowdfunding is a practice of funding a project or venture by raising contributions from a large number of people, typically via the Internet. The market is flooded with various types of crowdfunding options like donation, reward, lending, equity, royalty, and even hybrid versions. Since 2014 the crowdfunding industry has grown from $16 billion to an estimated $34 billion in 2015 and is doubling or more every year, and according to the World Bank estimates, crowdfunding will have a global market of $96 billion by 2025 – 1.8 times today’s global Venture Capital industry. The two most popular types of Crowdfunding methods are Reward and Equity. For rewards based Crowdfunding, entrepreneurs pre-sell a product or service to launch a business, and some times even in return for gifts or thank you notes. For equity Crowdfunding, the backer receives share of a company, usually in exchange of the money pledged. For NIN Ventures (or NIN.VC), it would be limited partner interest in the NIN Ventures Technology (QP) Fund. However, there is a major flaw with Crowdfunding in general; and that is what NIN.VC is solving.

“I come from an Entrepreneurial family so I can speak on their behalf. Entrepreneurs are brave and courageous bunch that are determined to change the way an existing industry functions. On that journey they need lot more than just financing. They need guidance or domain expertise, help with PR/marketing, recruiting, viable exit strategy, more often follow up financing, etc., which Crowdfunding portals are not able to support.

On the other hand Crowdfunding exposed investors to a whole new asset class, which the normal population never had the knowledge or expertise to invest in. About 99% of startups fail, on top of that low minimum investments like $1,000 does not give them a say or a board seat, putting investors at high degree of risk.

At NIN.VC we solved all of those issues. NIN.VC provides diversification, we take board seat on all our investments and lend the necessary support that an Entrepreneur needs to build a business, like they would get at a traditional Venture Capital fund. And are also in a position to gauge and be a part of the valuation process when it comes to addressing dilution and follow up financing rounds. However, the most IMPORTANT part that investors cares about is the ability to direct invest and enjoy direct returns, which is not the case with a traditional venture capital fund.”

NIN.VC is a Crowdfunded Technology Venture Capital firm offering membership interests under the JOBS Act & Regulation D of the US Securities Act of 1933. NIN.VC is a unique and first of its kind attempt to bring Venture Capital retail and give people the freedom to directly invest in a fund with an amount of their choice, which also leads to a better financial reward system. This offering is being made via general solicitation and general advertising, which is permitted by Rule 506(c) as contemplated by Title II of the JOBS Act. This rule came into effect Sep 23, 2013 and we were the first ones to go live with a website and videos about our fund. NIN Ventures also became the first venture fund to be seen on a billboard, which was followed by in taxi ads and other social media facilitated marketing. Learn more about us on https://twitter.com/NINVentures , etc.

NIN.VC invests in series A & B rounds of 3D printing, the 4th industrial revolution, ad tech, financial services, education software, and other disruptive technology companies. During the postwar period, recessions and recoveries, were mostly matters of business cycles. When demand recovered, GDP growth resumed, and employers hired again. But for the past two decades, this pattern has been broken. Innovation and investing in new technologies and startups is the solution to job creation – but are we creating jobs at the cost of the consumer and in return damaging our economy?

Currently, the US Asset Management market is $51 trillion, and the global alternative asset market is approximately $8 trillion and expected to be $14 trillion by 2020, according to PwC. Crowdfunding is estimated to have a global market of $96 billion by 2025. While there a huge potential for growth in this space, currently majority of crowdfunding investors are pouring their money investing in companies exposing themselves and the American Economy to a high degree of risk, with a 90% start up failure rate. Recently, the SEC approved Title III JOBS Act, Equity Crowdfunding for non-accredited investors, which allows any U.S. citizen, regardless of income, to make direct investments via a Crowdfunding portal. However, investment in a fund like ours is still limited to accredited investors. Given funds are a less riskier asset class compared to Crowdfunding in companies, perhaps it’s time to revisit their investor eligibility, alter the definition of an accredited investor, and make Crowdfunding available for everyone.

With NIN.VC, we would like to truly democratize venture capital. E.g. Yale is currently the best performing endowment fund in the United States. From 2008 to 2019, Yale has increased its asset allocation in Private Equity / Venture Capital from 20.2% to 37%, out of which 21.1% is venture capital, compared to 13.7% in 2014 and just 10% in 2013. In general, most people have a three dimensional portfolio (i.e. stocks, bonds, and money market), but if you look at Harvard and Yale’s portfolio, they a take a long-term approach and invest in alternatives like venture capital.

NIN Ventures Technology (QP) Fund is an opportunity for “accredited” individuals / firms to invest in venture capital for a minimum amount of $100,000 using multiple investment options like self-directed IRAs, defined benefit plan, digital currencies (E.g. Bitcoin, Litecoin, Dogecoin), or a regular checking / savings account. An accredited investor is an individual with an income of more than $200,000 per year, or a joint income of $300,000, in each of the last two years and expect to reasonably maintain the same level of income OR have a net worth exceeding $1 million, either individually or jointly with his or her spouse, excluding the primary residence, qualifies as an accredited investor. For an Entity, any trust, with total assets in excess of $5 million qualifies.

Log on to www.nin.vc and explore the world of investments with us!

Ms. Desai heads NIN.VC, a Crowdfunded Technology Venture Capital firm. Her experience spans all facets of mergers and acquisitions, and corporate finance including public offerings and private placements from private equity to investment banking and investment management. Her corporate finance transactions include RACK, LOOP, LQDT, DBTK, AMIS, SLRY, VOCS, OWW and others. Her M&A deal sheet includes the sale of Financial Profiles to EISI, Buyseasons to Liberty Media, sale of Sircon to Vertafore, and others. She is a Microsoft Certified Systems Engineer (MCSE) and has a technical diploma in E-commerce by IBM, holds Series 7 and 63 licenses from NASD. She holds an B.B.A and M.B.A in Finance / International Business from Loyola University of Chicago, and most recently attended leadership program in Private Equity and Venture Capital at Harvard Business School.