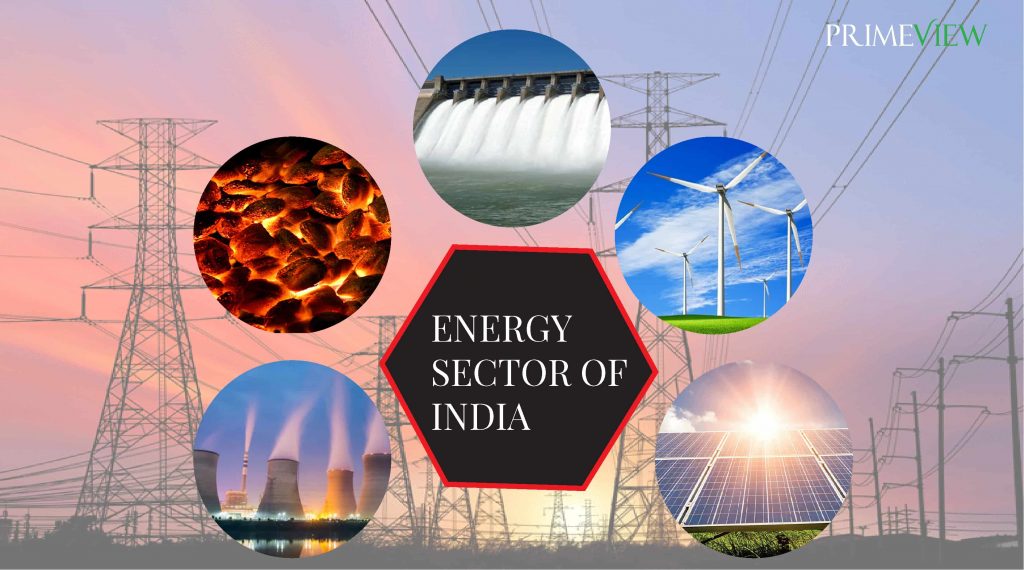 energy sector in India has increased by 12% last year. In terms of volumes of energy-centrist investments, India ranked fourth-behind China

ENERGY SECTOR OF INDIA: MAJOR SOURCES AND FUTURE OF THE INDUSTRY

The Indian power sector is going through tremendous transformations that have redefined the industry outlook. Sustained economic is continuous to drive electricity demand in the country. The Indian government is focused on attaining ‘Power for all’ has accelerated capacity addition in the country. According to the data presented by the International Energy Agency, the investment of the energy sector in India has increased by 12% last year. In terms of volumes of energy-centrist investments, India ranked fourth-behind China, US, and Europe but positioned ahead of South East Asia and sub-Saharan Africa regions.

India is well-endowed with exhaustible sources like coal, lignite, natural gas oil, hydro and nuclear power and renewable energy resources including solar, wind, agricultural and domestic wastage. The source of power generation was dependent on non-renewable energy resources until 1980. Coal was the largest source of energy sector. However, India’s primary energy mix has been changing over time. In spite of increasing dependency on commercial fuels, the energy needs of rural areas is fulfilled by non-commercial energy sources like fuel wood, crop residue, and animal waste, etc. Although, other forms of commercial energy sector is steadily replacing the traditional energy resources in the rural area. Here is the list of major sources of energy in India:

In the list of coal-producing countries, India’s position is third. As coal has been the most abundant fossil fuel for the country till date, it continues to be one of the most important sources for fulfilling the domestic energy needs. It accounts for approx 55% of the country’s total energy supplies. The development of core infrastructure sectors like power, steel, and cement is completely dependent on coal.

Electricity is considered as a critical source for the country’s growth. Its affordability and reliability have brought significant enhancement.  India is progressed amazingly towards the augmentation of its power infrastructure. In absolute terms, the installed power capacity has raised from 1713 MW (megawatts) as of 31 December 1950 to 118 419 MW as of March 2005 (CEA 2005). Energy need growth from 390 BkWh (billion kilowatt-hours) during 1995/96 to 591 BkWh (energy) by the year 2004/05 and peak demand increased from 61 GW (gigawatts) to 88 GW over the same period. Although, it is a serious issue that per capita consumption of electricity is still among the lowest globally. Besides, poor quality of power supply and frequent power cuts impose a heavy burden on India’s growing trade and business world.

Oil and Natural Gas: Consumption in on High

Present-day, India holds 0.4% of the world’s crude oil. In the last few years, crude oil production has increased from 6.82 MT in 1970/71 to 33.38 MT. Also, the production of natural gas increased from 1.4 BCM to 31.96 BCM during the same period. Apart from the product, the consumption of natural gas in India has risen faster than any other fuel in the last few decades. The demand for Natural gas has been growing at a rate of about 6.5% in the last decade. Because some major Industries including power generation, fertilizer, and petrochemical production are shifting to natural gas.

Earlier, the domestic production was enough to meet the consumption needs. But these days, there has been a huge unmet demand for natural gas in the country, mainly required for the core sectors of the economy. To bridge this gap, LNG is imported on a wider range for India’s expected gas shortages.

Renewable energy is known for offering a viable option to tackle the energy security concerns of a country.  India has now one of the highest potentials for the effective use of renewable energy. It holds the fifth position in producing wind power. There is great potential in India for the generation of power from renewable energy sources like small hydro, biomass, and solar energy. The country has an estimated SHP (small-hydro power) potential of about 15 000 MW. Other renewable energy technologies like solar photovoltaic, biomass power, and solar thermal and small hydro are also spreading.

A Glimpse of Future in Energy Sector

Increasing demand for energy in different sectors is an important concern. Because of the rising population, expanding economy, and an increasing demand for better quality of life, the total primary energy consumption is expected to about 412 MTOE (million tonnes oil equivalent) and 554 MTOE

According to the International Energy Outlook 2005 (EIA 2005b) projects, the gas consumption of India will grow at an average annual rate of 5.1% and reach 2.8 trillion cubic feet by 2025.

It is a fact that coal will continue to be the predominant form of energy even in the future. However imports of petroleum and gas would continue to rise substantially in absolute terms, including a large energy import bill. There is an urgent need to conserve energy and reduce energy needs by demand-side management and adopting more efficient technologies.

Read about:- UNKNOWN FACTS ABOUT ENERGY SECTOR IN INDIA, YOU DON’T KNOW