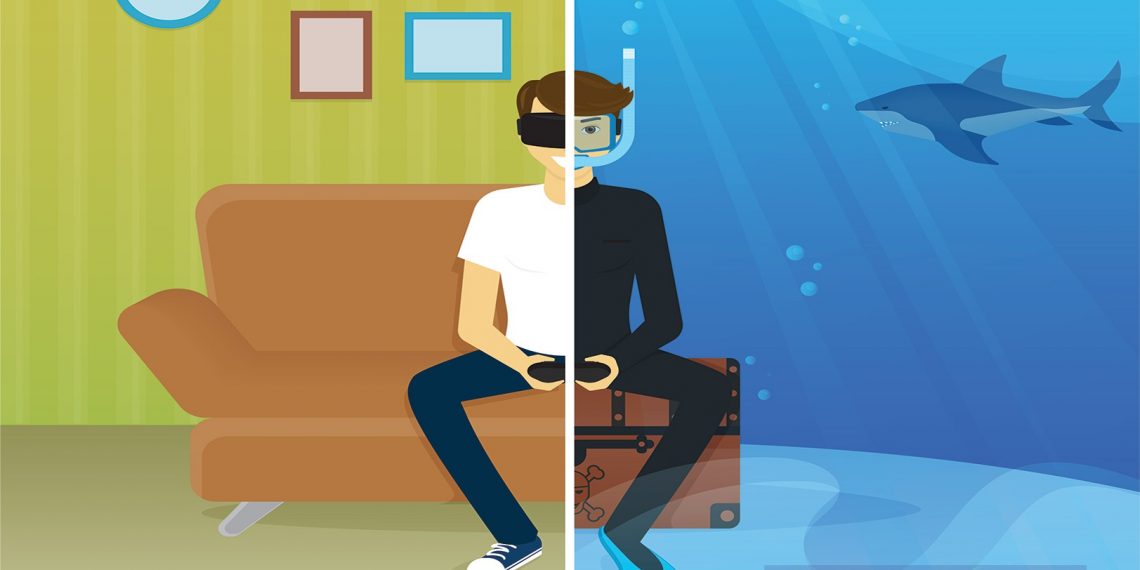 Difference between Virtual and Augmented Reality

In the contemporary world, Virtual and Augmented Reality are two of the most popular technologies. They are the two primary factors that can change the way you look at the world. Though they are well-known worldwide, the differences between them are not clear at all. The terms are confusing, and sometimes people think both as the same.

Virtual Reality is basically the creation of the world that is not real but, seems real. We can understand Virtual Reality as the creation of a 3D environment. 3D simulates the real world, and users can interact with it by wearing a VR helmet or goggles similar to Oculus Rift. The virtual world is immersive and fully computer generated.

Augmented Reality: Blend of the Digital and Real World

Augmented reality is a blend of the digital and real world that makes the existing reality more meaningful.  Augmented Reality mainly calls for the integration of digital information with the environment of the user environment in real time. It makes use of our current reality to overlay new information on top of it, and then allow the user to make more sense out of the present environment. Augmented reality can also be said as an enhanced version of reality created by using technology to add digital information on an image of something.

Major Difference between AR and VR

Read about:- THE ROLE OF THE MARKETER HAS CHANGE SHOULDN’T THE MARKETING MODEL