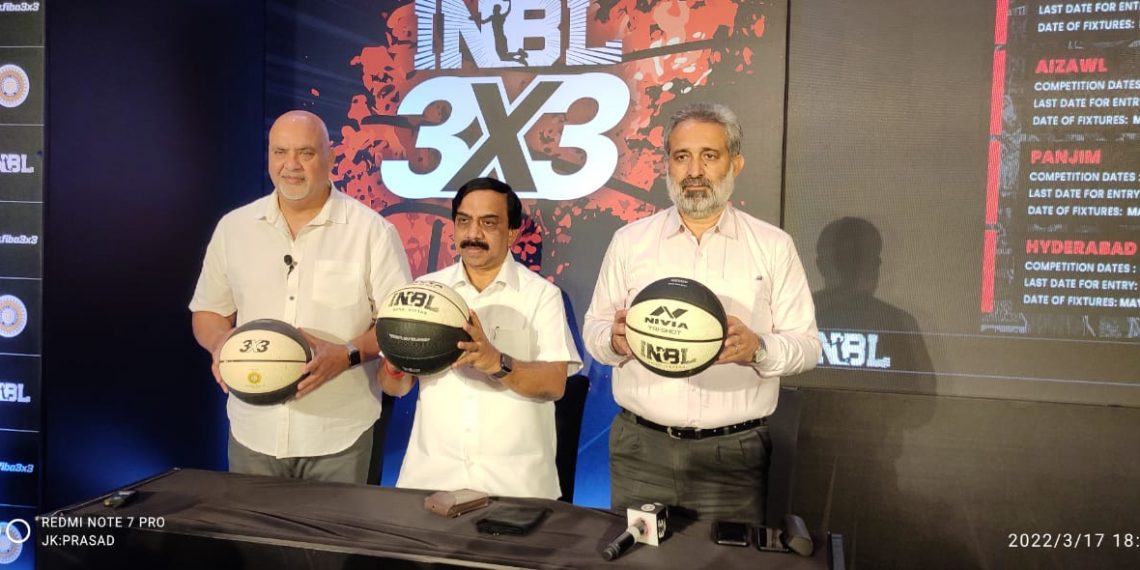 The Basketball Federation of India – the governing body for the Olympic sport of Basketball in India, on Thursday, announced the inaugural season of The Indian National Basketball League 3X3 -2022, to be held from March 18 to May 29, 2022. The highly-anticipated Indian National Basketball League is to be conducted across 20 cities across India. The 20 cities are Aizawl; Bengaluru; Bhavnagar; Bhilai; Chandigarh; Chennai; Cuttack; Delhi; Guwahati; Hyderabad; Indore; Jaipur; Kangra; Kochi; Kolkata; Ludhiana; Lucknow; Mumbai; Panjim; Puducherry simultaneously.

FIBA 3×3 competitions will be held across four categories – Men, Women, U18 Men and U18 Women. The champions from each city will qualify to play the National Finals scheduled to be held at Bengaluru from May 27-29, 2022.The competitions in Men and Women are open to any player to form a team and participate and will comprise players above the age of 18. The Under 18 competitions will feature players born on or after 01.01.2004.

The inaugural weekend of March 18-20 will see action in the BFI-INBL 3×3 Season 1 at Bengaluru (Sree Kanteerava Stadium (Outdoors) and the West Bengal Basketball Association courts in Kolkata. More than 200 teams will be seen in action – 120 teams in Bengaluru and more than 90 teams in Kolkata. There will be action every weekend in at least two cities and in three cities on certain weekends till the National Finals. The Season takes a break for the weekends of April3 and April due to the 71st Senior National Championships being conducted in Chennai. There is rich and unprecedented prize money for the top four teams in each category at the city level as the National Finals.

Speaking at an exclusive press conference to announce tournament today in Bangalore, Dr. K Govindaraj, MLC, President, Basketball Federation of India said, “The Indian National Basketball League was formed in November last year by the BFI, to build awareness and popularity and to identify and develop thousands of promising basketball talent in the country. The unique competition format that we have put together takes basketball to the grassroots. We are playing in 20 cities providing an opportunity for players in those cities to play right at their doorsteps and yet be a part of the FIBA 3×3 World Ranking system. This is our first step and we are hoping it will take us all the way for India to qualify to the 2024 Olympics.”

Chander Mukhi Sharma, Secretary General, Basketball Federation of India, added, “We are delighted to get rolling that too at this scale and with such active participation. From our initial interactions with the teams from across cities, this promises to be exciting for every sport and basketball lover in the country.”