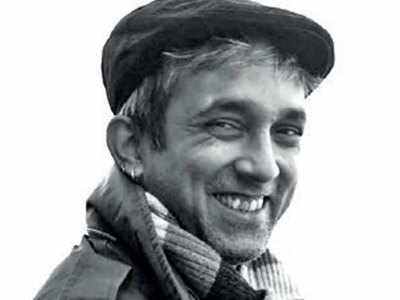 Path-breaking animation director Arnab Chaudhuri will be honoured with the Legend of Animation Award at Animation Masters Summit 2020 – Digital Edition. Organized by Toonz Media Group, the virtual Summit will be held from July 20 to 24, 2020, over the Zoom platform.

Arnab, who passed away on December 25, 2019, was a creative genius who had a major influence on the Indian animation industry. His directorial feature Arjun the Warrior Prince is the only animation film from India till date to be long-listed for the Academy Awards. An alumnus of National Institute of Design (NID), Ahmedabad, Arnab has worked with several major entertainment organizations such as Turner, Walt Disney and Channel V. The Legend of Animation Award 2020 is being conferred on him posthumously for his distinguished contribution to the animation and entertainment industry in India.

“Arnab was a true genius who was always ahead of his time. Apart from his astounding creativity, he was also much loved and admired by the people who worked with him. He has collaborated with Toonz at multiple levels for several projects, and often gave master classes for our in-house artists. Arnab’s untimely death is a heavy loss for the creative fraternity in India. The Legend of Animation Award is given away every year at Animation Masters Summit to honour a legend from the field of animation in India. This year, the Award committee was unanimous in their decision to confer the award to Arnab posthumously,” said P. Jayakumar, CEO – Toonz Media Group.

Arnab Chaudhuri’s wife Ashima Chaudhuri will symbolically accept the award at the inaugural session of Animation Masters Summit 2020 on Monday, July 20, 2020. Participants can attend the session as well as other master sessions at the event by registering for free at www.animationsummit.in.

Established in 1999, Animation Master Summit (previously known as “Week with the Masters”), is a not-for-profit event organized by Toonz Media Group that seeks to bring together the most distinguished figures in the field of entertainment. It is the first significant animation industry event to be held in Asia. Each year, Toonz brings in experts and leading professionals working in animation from around the world to showcase their mastery of crafts. AMS also provides a platform for young artists seeking knowledge and inspiration to interact with the masters. Among the masters who have graced the previous editions of AMS are Academy Award and BAFTA nominee Rob Coleman, Academy Award nominee Bill Plympton, Academy Award Nominee and BAFTA winner Shekhar Kapur, Academy Award winner Resul Pookutty, Jean-Marie Olivier, Devdutt Pattanaik, Anjum Rajabali, Sabu Cyril, etc.

Toonz is a 360-degree media powerhouse with over two decades of unparalleled experience and one of Asia’s most active animation production studios (over 10,000 minutes of 2D and CGI kids and family content per year). Toonz, having worked with many of the leading entertainment studios, channels and networks including Marvel, Nickelodeon, Turner, Disney, Netflix, Dreamworks, Lionsgate, 20th Century Fox, Paramount, Sony, Universal, BBC, Amazon, Google, Hulu, HBO and Exodus Film Group, has over 75 animation and live action series, as well as five feature films to date.