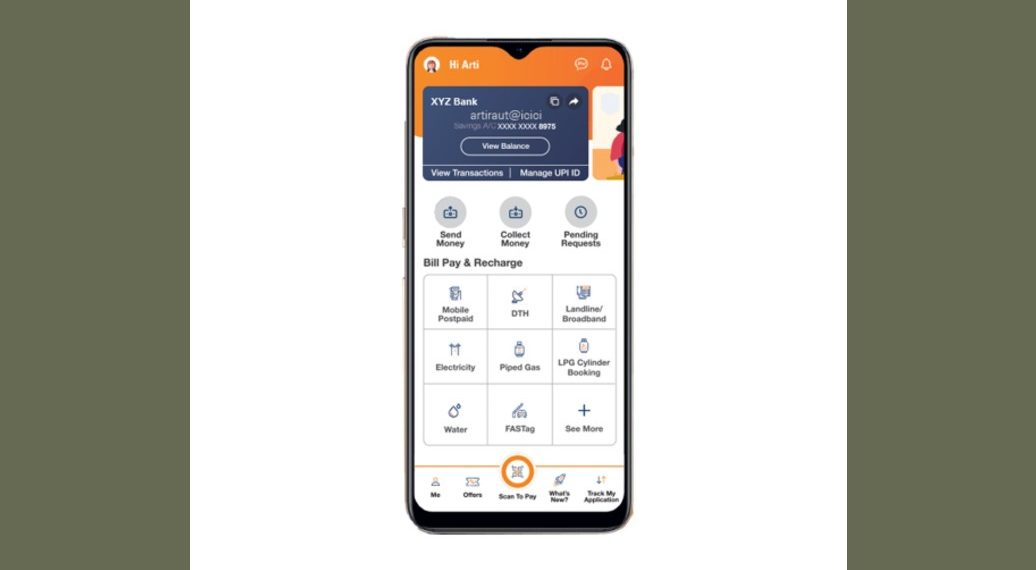 Mumbai: ICICI Bank today announced that over two million customers of other banks are now using the revamped avatar of its mobile banking app, ‘iMobile Pay‘. The Bank has paced to the milestone in a span of just five months after making ‘iMobile Pay’ open to all, including customers of other banks. This milestone is a testimony of the wide acceptance that ‘iMobile Pay’ has received from users across the country. Further, the trends received so far show that users are enjoying the various features offered by the app such as ‘pay to contact’, bill payments and ‘scan to pay’, among others.

ICICI Bank opened its mobile banking platform ‘iMobile Pay’ to customers of all banks in December 2020. This first-in-the-industry initiative provided the significant convenience of interoperability, as it enabled users of any bank to link their account to the app and start making payments/transactions digitally. It also offered them access to an entire range of ICICI Bank services including savings account, home loan, credit card, personal loan among others from the comfort and safety of their home in these challenging times of the pandemic.
Commenting on the feat, Mr. Bijith Bhaskar, Head- Digital Channels & Partnership, ICICI Bank said: “ICICI Bank has always believed in introducing innovations that simplify banking for customers. In line with this philosophy, the Bank was the first to introduce a mobile banking app in the country in 2008, called ‘iMobile’. The Bank has transformed the app and renamed it ‘iMobile Pay’ five months ago to offer interoperability so that anyone, including customers of other banks, can experience the benefits of hassle-free payments and digital banking of ICICI Bank through this app. This was made possible by leveraging NPCI’s interoperable infrastructure.

It delights us immensely that now more than two million customers of other banks are using the app to meet their daily financial requirements. They are enjoying various services offered by the app, especially ‘pay to contact’, bill payments and ‘scan to pay’, which let one make payments digitally in a safe and secure manner. In addition, many customers are entering into a new relationship with the Bank after downloading the app. They are opening savings account and applying for a credit card, home loan and personal loan among others. Going by the tremendous response received so far, we anticipate that more and more users will download
the app in the coming days and experience the seamlessness it offers.”

Among the various features offered by the app, customers like ‘pay to contact’ feature the most. It enables them to conveniently send money either to a mobile number or a UPI ID of their friends/contacts, who are registered on any payment app or a digital wallet. In addition, features like ‘scan to pay’, bill payments, ‘check balance’ have seen maximum usage. Users are visiting ‘iMobile Pay’ for repeat and frequent transactions, making it an app of their choice. In fact, they are increasing the value of their transactions with each visit. This is a testimony of the trust they have put in the app and the seamless experience that they receive from it.

The app has evinced huge interest from bank account holders across the country. It has been witnessing an encouraging response from metro cities and leading state capitals including New Delhi, Bengaluru, Chennai, Hyderabad, Lucknow, Patna, Jaipur, Ahmedabad, among others. In order to offer more convenience to users, the Bank has added bill payment services prominently on the home screen of the app, to enable quick payments for DTH, utility services such as electricity, gas and water, FASTag recharge (including that of other banks), insurance and mobile postpaid among others. To start using ‘iMobile Pay’, customers of any bank can link their bank account with the app, generate a UPI ID and begin transacting.