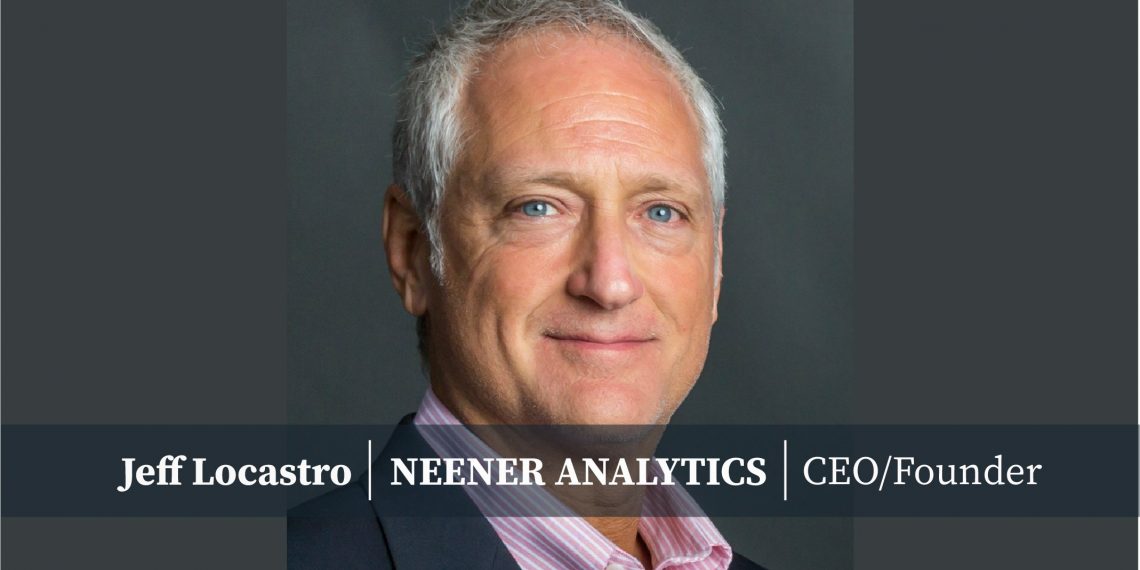 JEFF LOCASTRO, A PROACTIVE BUSINESS LEADER, GOING BEYOND THE REALM OF TRANSACTIONAL APPROACH

In the digitalised world, the power of data from managing internal resources to connecting customers has amplified significantly. While most of the businesses have curated a lot of data, they are still lacking the ability to capitalise it. Here comes the role of Neener Analytics that analyzes online social footprints to help lenders maximize revenue, improve margins, and deliver better customers by identifying the manifest financial risk character of their customers through an array of next-generation analytics. What Neener Analytics is doing is amazing; it fundamentally alters the analytics paradigm forever.

While many brands are following the old transactional approach, Jeff LoCastro, the visionary behind Neener Analytics initiated his endeavors and is playing the role of a game-changer. This is not Jeff’s first rodeo. He was a member of the initial executive team of the inventors of an online social network: Classmates.com and was one of the first to extract innovative insights from social network data; innovation beyond simple demographics and advertising and became a pioneer in the monetization of social network ‘membership.’ While the marketplace focused on ‘transactional” features, Jeff was one of the first to connect affinity and behavior to understand non-linear correlations. Based on his ability to extract unique insights, Jeff pioneered the first-ever effective CPA (cost-per-action) model which became the basis of all future social analytics models, as well as the foundation for all social media monetization.

Among his many awards, including 2 Best of Show @ Finovate, and Rising Star Award @ India Fintech Forum, Jeff was most recently selected Top 10 Inspiring CEO to Watch 2020 by Enterprise World and by MirrorReview Magazine as Top10 Most Disruptive Tech Entrepreneurs 2019.

Besides, the company is building a Delivery Platform around its Decisioning Platform core. The Platform will engage the potential borrower at multiple points of contact including POS using Web, Postal, Email, Chat, QR, Mobile, App, or Text/SMS and include all the KYC including facial recognition, income verification, and employment validation.

“I’ve built a number of companies. Each one seems different but, there was always a through-line. And that through-line is really my story. I’m a serial entrepreneur. I don’t know how else to be. I’m addicted to creating and building things. I don’t know where the “addiction” came. Maybe I was just born with it. But I have always been surrounded by people who were doing that: building and creating,” Jeff LoCastro shared.

“I always answer that question by saying, “besides my son?” As a Founder, I think my greatest achievements are always the Ideation and the Creation of the Dream, and seeing Others Buying Into my Dream, believing in my dream and working alongside me to make it real, and then Customer’s Buying Into my Dream as well… and then paying for it. Imagine: someone paying you money for your dream. It’s pretty cool,” Jeff proudly said.

“Indeed. I am the first one to say that I don’t know what work-life balance looks like. And I’m not joking when I say that. There’s seemingly 12-million moving parts at any given moment that all need precise attention. The skill I think is being able to switch gears quickly and mentally setting aside the previous “gear.” Challenges are overcome with focus. If you are only halfway in, things spin out of control pretty fast,” asserted Jeff.

THE DRIVING FORCE BEHIND THIS SUCCESSFUL JOURNEY

As mentioned above, Jeff LoCastro is addicted to building things. And, he gets tremendous satisfaction from doing that which they said could not be done. Before he launched Neener Analytics, he asked 10 people that he believed to be smart if what he wanted to do was doable. Each said “No.” Then Jeff knew it was doable. So, the thing is that if everyone knew it was doable, it would have already been done. It is doing the undoable that gets Jeff out of bed every morning. Doing big things!

ONE MAJOR CHARACTERISTIC OF A LEADER

The ability to Inspire! If you don’t have that, then the rest is just meaningless. People don’t follow good ideas, but they will follow inspiration. Inspired people can move mountains . . . sometimes literally.

Jeff said, “We’ve suddenly had a lot of interest from global companies and lenders. That is very exciting in that each can scale us overnight in their respective verticals and we are fortunate in that our solution is both cyclical and counter-cyclical. For risk-focused businesses to understand engagement risk is critical whether the economy is good, or the economy is bad.”

You don’t always get what you want, but you get what you need. It’s the truly lucky ones who find that they are one-in-the-same.