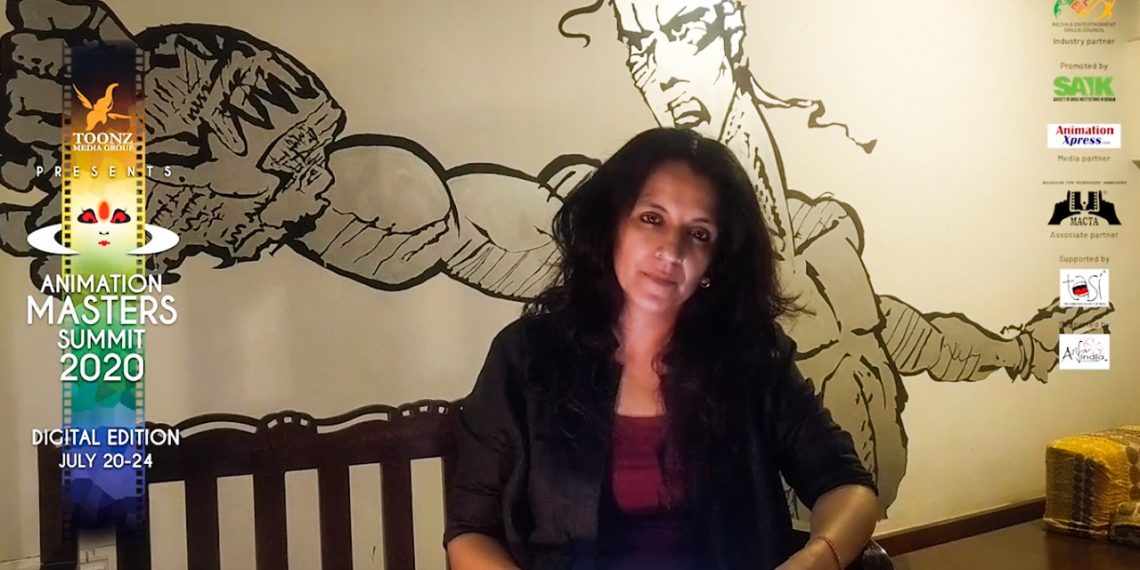 Animation Masters Summit 2020 – Digital Edition got to a solemn start today by paying tribute to legendary animation master late Arnab Chaudhuri. Aranb, who passed away in December 2019, was posthumously conferred with the Legend of Indian Animation Award 2020 at the inaugural session of the Summit today.

Mr Jayakumar said on the occasion that Animation Masters Summit, the flagship annual event of Toonz, was going virtual for the first time in the 21-year history of the event, in response to the current global scenario.

“This year’s Animation Masters Summit is about the changing scenario of art and entertainment. We hope that this Summit will act as a platform to connect, collaborate and start conversations about forging new ties and creating meaningful content, as we adapt to the new normal,” he said.

Mr Jayakumar added that Toonz will also be launching soon an online learning platform dedicated to animation and creative arts, in order to mould new talents in the field.

Offering his felicitation at the Summit Mr Biren Ghose said that even in the midst of the current uncertainties, a new narrative of the 21st century is evolving among young creators. “It will be a new language of powerful storytelling, that represents our fight back as the human race,” he said.

Ms. Anuradha Aggarwal, in her address said that the three crucial aspects that could act as game-changers for the creative industry today are people, technology and quality. “We strongly believe in the swirling interplay of art and technology. Young people today are creating fantastic content. If they also make use of the right technologyl, sky is the limit,” she said.

“From a little boy who was called out for doodling, to winning the Legend of Animation Award, I would like to thank every single person who was part of Arnab’s journey,” Ms Ashima said accepting the Award. The inaugural session concluded with a tribute video showcasing Arnab Chaudhuri’s life and work.

Established in 1999, Animation Master Summit (previously known as “Week with the Masters”), is a not-for-profit event organized by Toonz Media Group that seeks to bring together the most distinguished figures in the field of entertainment.  It is the first significant animation industry event to be held in Asia. Each year, Toonz brings in experts and leading professionals working in animation from around the world to showcase their mastery of crafts. AMS also provides a platform for young artists seeking knowledge and inspiration to interact with the masters. Among the masters who have graced the previous editions of AMS are Academy Award and BAFTA nominee Rob Coleman, Academy Award nominee Bill Plympton, Academy Award Nominee and BAFTA winner Shekhar Kapur, Academy Award winner Resul Pookutty, Jean-Marie Olivier, Devdutt Pattanaik, Anjum Rajabali, Sabu Cyril, etc.

Toonz is a 360-degree media powerhouse with over two decades of unparalleled experience and one of Asia’s most active animation production studios (over 10,000 minutes of 2D and CGI kids and family content per year). Toonz, having worked with many of the leading entertainment studios, channels and networks including Marvel, Nickelodeon, Turner, Disney, Netflix, Dreamworks, Lionsgate, 20th Century Fox, Paramount, Sony, Universal, BBC, Amazon, Google, Hulu, HBO and Exodus Film Group, has over 75 animation and live action series, as well as five feature films to date.