Home Most Successful Companies to Watch in 2020_profile 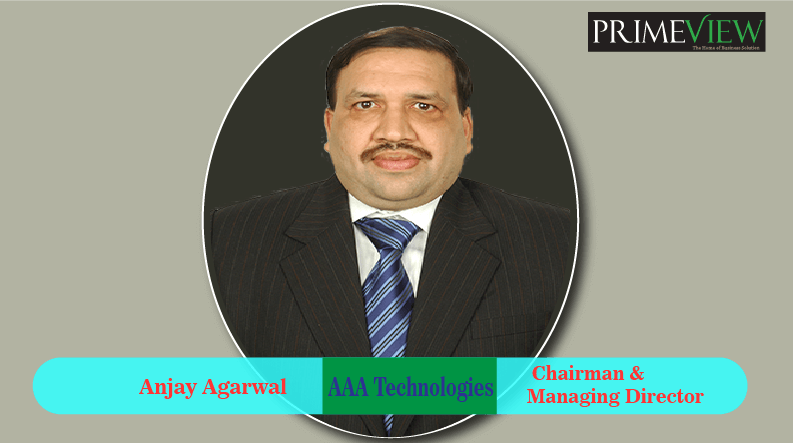 AAA Technologies provides the assurance services to ensure that the cyber security solutions are secured, effective and meet the business objectives of the organizations.

Organizations may have implemented best of the technology but to be really effective they have to be configured properly to meet the business needs of the organization. AAA Technologies provides the assurance services to ensure that the cyber security solutions are secured, effective and meet the business objectives of the organizations. AAA Technologies is a premier independent auditing and consulting company which provides whole range of independent services in the area of IS Audit, Information Security and Cyber Security, IT Assurance and IT Governance. The key distinction with their competitors is that they are independent company rendering these services only for 17+ years. They are into services not in  products and they have worked hard to reach these heights.

Rich Experience Behind the Success of Company

Mr. Anjay Agarwal, Chairman and Managing Director, is an eminent security maverick serving both the National and International security community for 20+ years. He holds prestigious 25 qualification / certifications (such as CGEIT(USA), CRISC(USA), CISA(USA), CIA(USA), CFE(USA), ABCI(UK), FCA, ACS, ACMA etc) in several domains and from various countries with specialization in Information Security. He is the 55th person in the World to get COBIT Certified Assessor Designation.

He has been involved in 10,000+ assignments in Information Security / Cyber Security till date.

Appreciated by major newspapers for their contribution.

There are lot of opportunities and awareness about cyber security in India now. And the credit goes to the Digital India movement, Government Regulations and Ransom wares. With greater awareness, Organisations are looking to safeguard themselves against Cyber Threats. As people use the digital media for transactions, they would like that the same be secured. Major challenge is to be proactive and keep themselves updated ahead of time and also rendering quality services to their clients. At present, opportunities are unlimited in this field.

Created a Workplace which Feels Family

AAA Technologies believe that the whole firm is a family. There is both informal and formal structure. All family members are reachable to top management, discuss their personal issues which gets sorted out by them and flexibility in leave and timing of organization. Formal structure in the sense that the work has to be completed in time and with best quality even if they have to work late. Company looks after their needs and they look to achieve company’s objectives.

AAA Technologies have built the reputation of rendering the best quality services to their clients and they can boost that 100%  valued addition and client satisfaction in all projects. So, they mostly receive publicity through word of mouth. Certainly, they have also Business Development Team to build and retain the customer-base.

To stay Ahead of Time is the Key to Success

To secure the Cyber Assets of the Country and to remain into this field, circumstances demands to be ahead of time especially in technology. AAA Technologies professionals keep contributing both at National and International Level in Cyber Security, enrich their skills over a period of time and continuously stay updated. With that said, maintain a high integrity and ethics, the company would grow leaps and bounds. The cyber security field would increase exponentially atleast for next two decades and, of course the firm would be one of the beneficiary.

JUMP AHEAD: TRANSFORMING THE LIFE OF STREET YOUTHS WITH EXCELLENT TEACHING PROGRAMS

HRH Next: Facilitate to Deliver a Superior Customer Experience